Welcome to Language Agnostic, the blog of Inaimathi! It's now built on top of the Clojure framework http-kit. I'm reasonably confident it's no longer the least performant blog on the internet.

Enjoy the various programming-themed writings availble on offer. The latest post is available below and the archive link is directly above this text.

This is just a quick post to talk about a few things I've gotten done that I didn't note elsewhere. I've been quiet for the past while because a) holidays, b) various personal shit and c)...

My computer crapped out on me. It was something weird to do with my hard drive partition table. A bit of research told me that shit was happening somewhere in the decryption step? I'm still not a hundred percent sure what it was, because I could easily boot the machine using a different drive, and then both unlock and mount the encrypted partition. None of the solutions I found on the various online forums I checked made booting work, so I removed the affected hard drive and set about rebuilding my machine.

This involved some changes to my machine-setup and shell-ui repos. For a few reasons, both related to ease-of-use and compatiblity.

The main usability point was adding a checkpoint system. Mainly so that I can just re-run sh machine-setup.sh in the event of a failure and expect it to work relatively well. It's mechanically complex but fairly self-explanatory. The short version is: there's a built-in way in shell scripts to check whether particular directories or files exist. It's done, respectively with

I use this to occasionally record what step the setup script is at, and let it skip steps that successfully completed.

Next up, guix installation seems mildly borked at the moment because the appropriate authentication keys aren't automatically downloaded and imported? Explicitly adding the step

seems to resolve this problem. Additionally, installing curl and acpi is now possible by guix, so that's what I'm doing.

The rest of this section is basically bitching.

So, I tried to install Ubuntu 20.04, and a more recent edition of emacs. And those two percipitated compatiblity issues that were quite annoying to work through. At the high level, python no longer exists, and the default Python implementation is python3, the cl package has been deprecated in a way that's not trivially fixable, and there seems to be some weirdness with marmalade. Oh, and after I thought I'd worked all the kinks out, I tried to lock my screen and found that my old approach no longer worked.

Sigh. Ok, then, in reverse order.

This...didn't work either. Nice going through something of jwzs again, but something to do with authentication configuration resulted in not being able to dismiss the screensaver once it activated. Locking the screen is a priority, but I'd also like to be able to unlock it without having to restart my machine.

Rather than chasing down PAM documentation, I just settled on using slock. Minimal, almost no muss/fuss. Except that I had to install it through apt rather than path of guix install. There is a slock module in guix, but for arcane reasons relating to OOM killer, it errors when run that way. It would need sudo, and I haven't yet figured out how to run a guix, user-installed, module using su/sudo nor am I convinced that this is a good idea.

The custom emacs modules I use include cl, because loop and assert are very nice to haves from Common Lisp. That module is now deprecated. Apparently the solution is to include cl-lib, which is "better" than cl for reasons I'm not at all clear on. This isn't a drop-in replacement; a bunch of functions I used to use from cl have been renamed to include a prefix of cl-. This seems stupid; I vaguely assumed that since Elisp now includes lexical binding we wouldn't have to put up with bullshit like this, but I guess I was wrong. In any case, in order to prevent being showered by a hundred warnings on emacs startup, I did the appropriate renaming as reflected in convenience.el.

A related change here was updating a bunch of Python-related arcana to reference python3 rather than python. This sadly included basically everything in my shell-ui scripts, and also prevented me from using my preferred network manager. As of this writing wicd-curses does not support python3, which means that if I wanted to run it, I'd have to install python2 specifically for this. For some reason, probably permission-related, this is one of the packages that I install using apt rather than guix. A quick search told me that there aren't really decent alternatives, so fuck it, I'm already shaving yaks, I may as well shave a cow or two.

That's a minimal script that scans for wireless networks whose passwords I've entered in a config file, and connects to the first one it finds. Its' been serving fairly well, but I expect it to explode about the time I have the desire to connect to an unprotected public wifi. Which is probably a good thing.

Minor work happened on clj. This is probably going to be typical for me; as I use it and notice that it's missing something basic, I'll add it. First up is a polymorphic union. The standard Lisp union works on lists, and since I've introduced new datastructures that I'd like to use instead, that really won't suffice for me. The only real issue I have with this solution is that it commits me to shadowing the symbol union if I want to use clj. This is less than ideal because the main use case for it is using it alongside cl. For now though, that'll do.

The other thing that happened is that I got sick of not having Python-esque format strings. I don't often have a need of them, and it's always for logging, but I still miss them. So...

You can see the full commit here. This gives me syntax that can be used like

Anything in curlies inside of the string gets evaluated, which does unfortunately mean that you can't use curlies literally in f strings, but given how specific the use case for this is, I don't mind it for the moment. It's still something I intend to eventually fix, and patches are welcome, but it's not happening right now.

My fork of quickproject now has a test-enabling default template, because I've found that it's really the only way I want to use it. I did submit a PR, but it seems to have been rejected from the mainline. I'm ok with this. In the PR's comments, I outline why I think this is the right way to go, but accept that there's a high potential for differences of opinion. That PR from above encodes mine. You might consider it, but ultimately, do as thou wilt.

The major overhaul is complete as of this commit. At this point, handler specification has been significantly simplified. It got shifted to, basically, higher-order functions rather than the old style that used a mildly confusing macro language. Docs are also up to date, and make sure to highlight the new type annotation system as well as usage of *rest parameters. I've also already updated cl-notebook to use this new system. 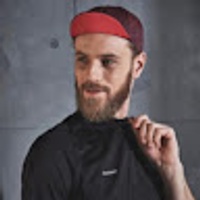 Hello, I would like to thank you for sharing this useful material. Hello, I would recommend you simply check your internal drive for errors using some programs. Personally, I use AusLogics BoostSpeed. You may have a look online. For example, when I needed english writing services https://topwritingservice.com/our-writers/ help I simply used the search engine and that's it.

all articles at langnostic are licensed under a Creative Commons Attribution-ShareAlike 3.0 Unported License

Reprint, rehost and distribute freely (even for profit), but attribute the work and allow your readers the same freedoms. Here's a license widget you can use.

The menu background image is Jewel Wash, taken from Dan Zen's flickr stream and released under a CC-BY license